On NYC’s first day of trading on August 18, 2020, shares plummeted by nearly 40%. According to Real Estate Weekly, NYC was listed as a non-traded REIT and listed 25 percent of its outstanding common stock on the first day of trading. After 360 days, all shares will be listed and freely tradeable.

AR Global – A History of Problems

NYC REIT is sponsored by AR Global Investments, LLC. AR Global, formerly known as AR Capital, was involved in a major accounting scandal in 2014 involving various other REITs that the company managed. These REITs were part of a collective corporation known as American Reality Capital Properties, Inc., now known as Vereit Inc. (NYSE:VER).

Vereit settled a class action lawsuit for $738.5 million following the accounting scandal, and AR Global was responsible for an additional $286.5 million settlement. Altogether, this class action exceeded $1 billion in settlements. 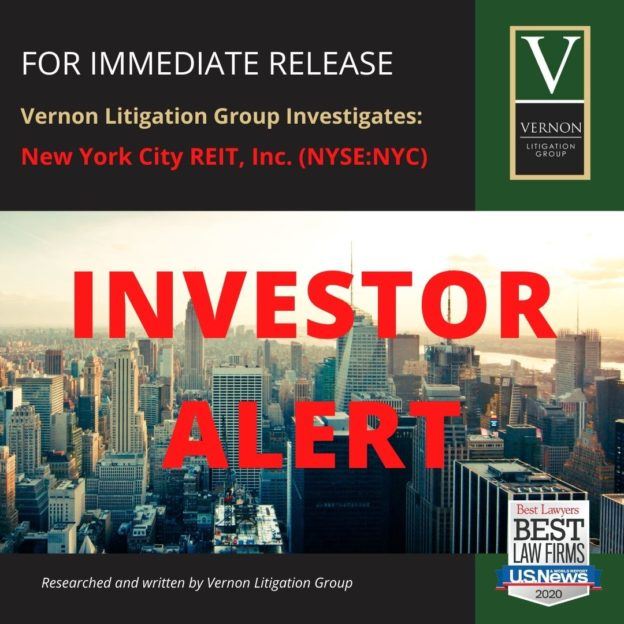 THE ISSUE WITH NON-TRADED REITS

Non-traded REITs like NYC REIT are highly risky and problematic because of their illiquidity. This means that investors have no choice to freely buy or sell their shares like they would with publicly-traded companies with high daily volume (i.e. Apple, AT&T, Bank of America, etc.).

These investment products are not appropriate for the average investor, but broker-dealers and financial advisors still sell them to investors because these products provide high sales commissions for brokers.

Thus, if the stock price plummets, investors have virtually no recourse in selling their shares. They may be able to sell them on secondary markets, but only for a fraction of their total investment.

In this case, NYC investors would have to wait over a year before selling their position in the public markets. There is no indication of where the stock price will be one year from now. Thus, investors need to take extreme caution in deciding whether to invest in a non-traded REIT.

Vernon Litigation Group is currently investigating claims on New York City REIT, Inc., a real estate investment trust sponsored by AR Global. If you are an investor in NYC REIT and would like to speak with an experienced attorney, please contact us for a confidential, no-cost consultation and case evaluation to determine whether you have a legal claim against New York City REIT, Inc.